Set your winnings on fire in Hot to Burn Hold and Spin™, the 3×5 videoslot with 20 paylines that offers multiple chances to win with an extra Big Money Wheel packed with multipliers of up to 5000x bet as a reward for filling the screen with Money Symbols in the Respins mode.

RTP
96.7%
Max Multiplier
20000x
Reels x Rows
3 x 5
Lines
20
Release Date
Mar 4, 2021
Upcoming Tournament
The tournament with this game starts soon! Join it for free and have a chance of winning real cash prizes!
See More Tournaments
Socialtournaments.com is a free to play social casino designed to let players try our games before they decide to play for real money wagers with licensed B2C operators. Players are not eligible to play where free play games with prizes are prohibited. Socialtournaments.com is unlicensed.
Special 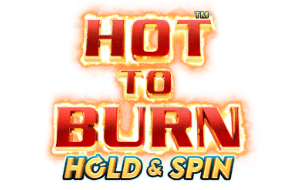 The symbols land hot on the reels of this highly volatile online slot, awarding prizes of up to 250x the bet. The bonus round called the Hold and Spin Feature revolves around the three money symbols that can take a random value from a predefined set. Cover the screen with fiery diamonds or blazing suns, trigger the Big Money Wheel Bonus that can award wins of up to 5000x the stake, and watch your wins catch fire!

The hot reels in the Hot to Burn Hold and Spin slot bring well-known symbols on the screen, where the Lucky Seven, the BAR Symbol, and the fruits are the main characters. Besides these symbols that pay left to right on adjacent reels, this online slot also provides a diamond and two sun symbols that can take any monetary value from a predefined set.

The latest game created in collaboration with Reel Kingdom comes packed with 20 fiery paylines, a high volatility, and a 96.7% RTP, ready to bring blasting wins on your screen.

The Wild Symbol lands hot on the reels, awarding a considerable prize of up to 250x the stake for 5 on a payline. This symbol can appear on all reels, replacing all the other symbols, except for the golden star, which plays the Scatter.

The Scatter Symbol is represented by the golden star that might look familiar if you played other Reel Kingdom’s slots, as Hot to Burn or Ultra Burn. In this game, the Scatter pays up to 100x the bet for five on a payline. Other available prizes are 20x or 1x for 4 or 3 on the screen. The golden star also pays on any position.

The Money Symbols in this videoslot come in three shapes: a shining Diamond and two blazing suns. These symbols appear with a random value from a predefined set, and if the correct number of Money Symbols land on the reels, the game triggers the bonus round.

Although our classic symbols can bring top prizes of up 250x the stake, the ones you should keep an eye out for are the Diamond and the two suns – the Money Symbols.

The Hold and Spin Feature

Activate this feature with at least 5 Money Symbols on the grid. The bonus round starts after the game has paid all winning combinations in the base game.

The round starts with four respins. All money symbols that hit remain on the reels until the end of the feature. Besides the monetary awards, the Money Symbols offer yet another surprise: each time one lands, the number of respins is reset to four. The feature ends when you run out of respins or when you cover the screen with Money Symbols.

If the feature ends before you filled all empty spaces with Money Symbols, the game pays out the total amount. However, if you manage to cover the screen with diamonds and suns, your winnings will heat up as the Big Money Wheel Bonus Feature is triggered.

The game keeps all paylines active during the entire game session, with bets ranging from €0.20 to €240. Click on the (+) and (-) buttons near the ‘Spin’ one to open the Betting Menu from where you can adjust the coins per line (from 1 to 10) and the coin’s denomination from a predefined set.

The maximum prize that’s up for grabs in this online slot is worth 20,000x the bet.

This game has all the hallmarks of a fruity slot, with colossal symbols that take you back in time to the brick-and-mortar slot machines age. The paylines are visible on both sides of the grid, while the background is flanked by tall flames.

The soundtrack features the familiar sounds of a vintage slot machine, emphasizing your wins and bringing the entire picture together.

The Hot to Burn Hold and Spin slot invites you on a trip to the golden times when the only way to play slot machines was in a land-based casino. Although the modern age brought us feature-rich online slots with exquisite graphics and breath-taking sound effects, sometimes all you need to win big are the Lucky Sevens and the Shining Stars Symbols. Hot to Burn Hold and Spin stands out in the classic slots category due to its Big Money Wheel Bonus round that can award a max prize of up to 5000x the bet.

Hot to Burn Hold and Spin is available on Social Tournaments too. Create an account for free and win real money prizes as you play their slots tournaments based on Pragmatic Play games.

We make use of Cookies in order for you to have the best experience on our website. We can share information about your use of our site with analytics partners who may in turn couple it with other information that you have provided to them or that they have collected from your use of their services. By clicking ‘Accept’ or continuing to use the website without changing your settings, you agree to receive all the Cookies we employ on our website. However, you can always modify Cookies settings at any time.

Please confirm you meet the legal age requirement to continue